Lance is about to leave for work when he sees his wife, Cory Chase, dressed up like a sexy bunny girl. He’s really happy to see her like that, but really puzzled. She tells him that she went on his computer and found out that he has been fucking escorts. The weird thing is that she isn’t mad.

Cory tells him that if he is going to fuck hookers, she is going to become a hooker and work at the Bunny Ranch. She had actually always fantasized about being a sex object for lots of men. The only thing is, he’s the cheater, so she isn’t going to fuck Lance anymore.

While he’d pleading with his hot wife to come to her senses, she tells him to spread his legs. She smiles and knees him in the balls. At first she seems like she’s just playing around, then she starts kneeing and hitting him really hard in the nuts.

She steps right on his cock with her pink high heel shoes, talking sweet, “Awe, does that hurt.?” while driving her heel in, threatening to stomp.

Before she leaves for her first day of work as a whore, she makes sure his balls won’t work with more ball abuse. 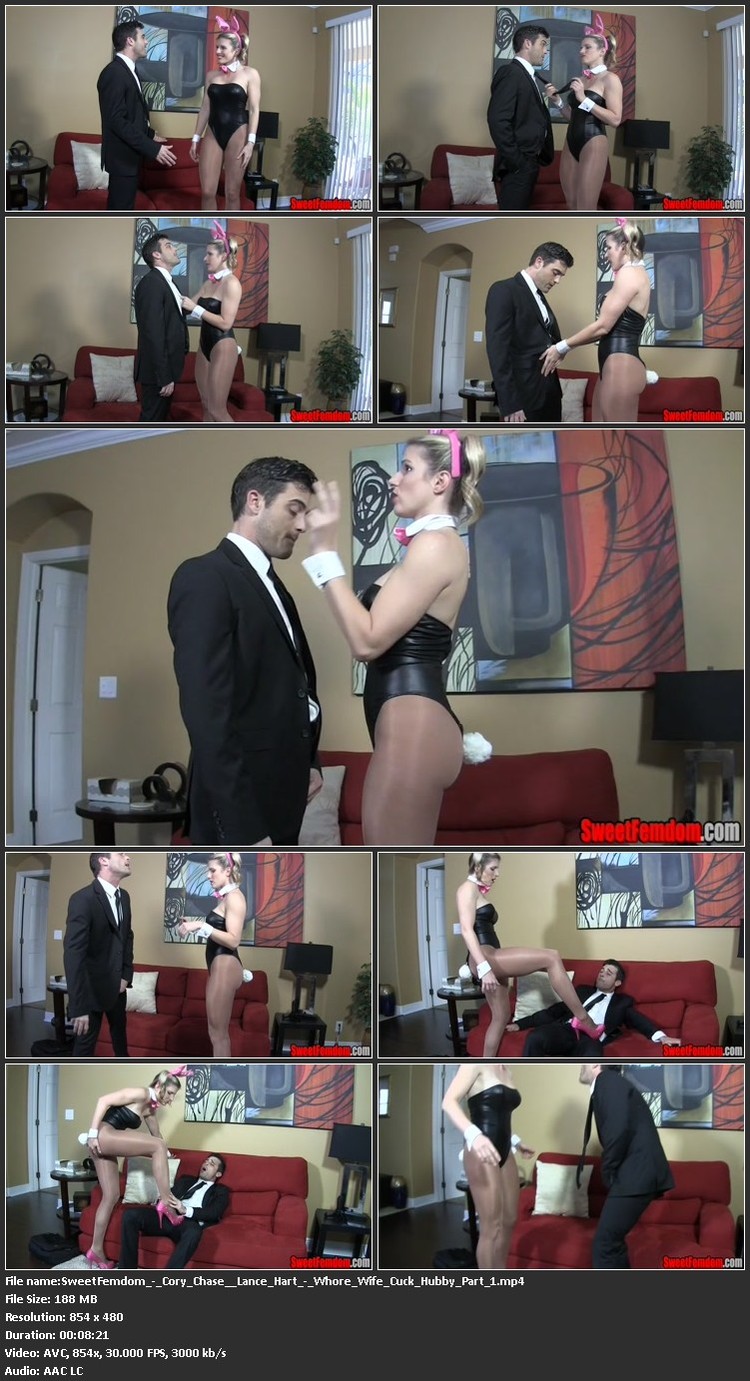