With the greatest calves in London, gymnast Blaze suits this leopard print bikini. She is primal. Blaze is an animalistic fighter; she grunts, growls and prowls like a wild cat, she slyly circles her prey before devouring him like she’s ravenous. Her mammalian-like gestures and sounds has her opponent alert, fearful; he knows he’s being toyed with; she whispers in his ear, she talks to him like he’s a scared little kitten, and when she flips and slams on the mats, there is no escape from her. She’s captured her prey – a strong and fit man is destroyed, in fact, those are even his last words. Destroyed. There are a lot of flips and slams, smothers, triangles and bodyscissors. The match is intense and erotic largely down to this raw and primal element Blaze brings to the mats with her. 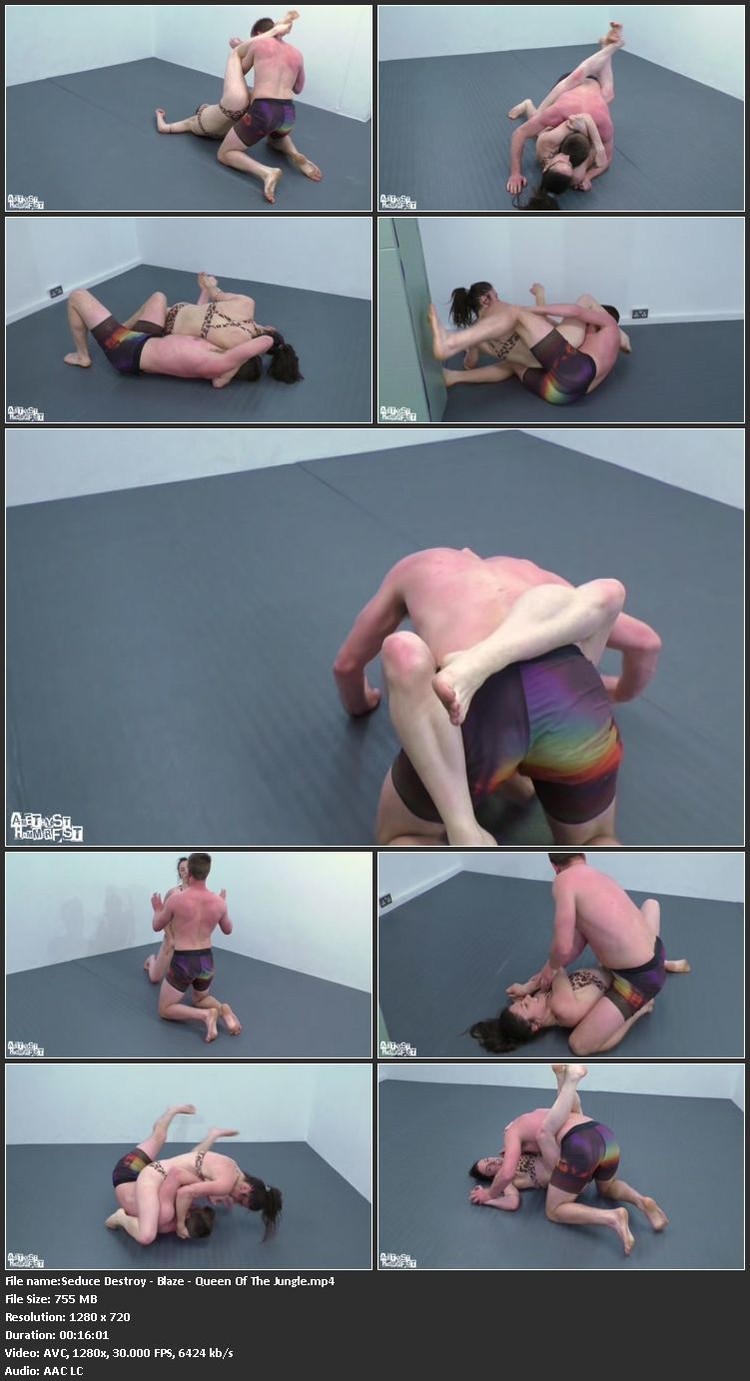 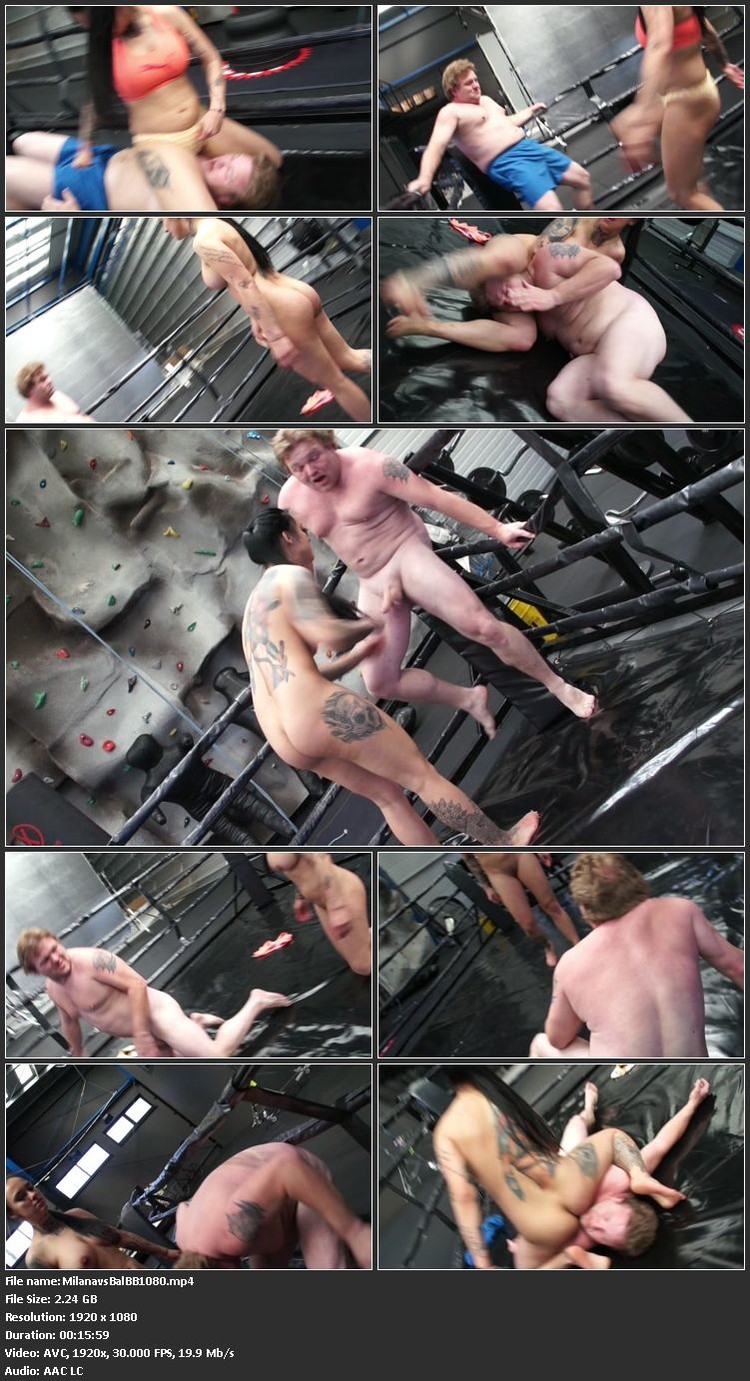 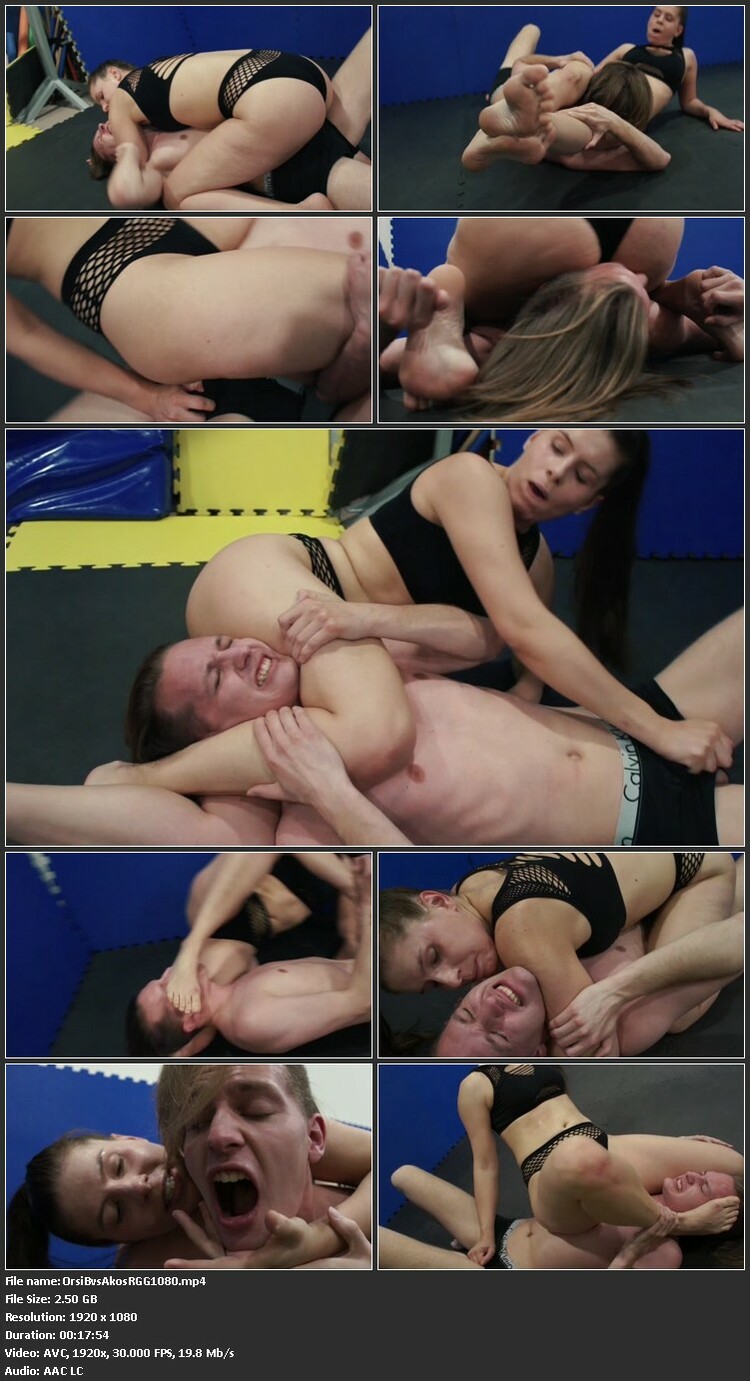 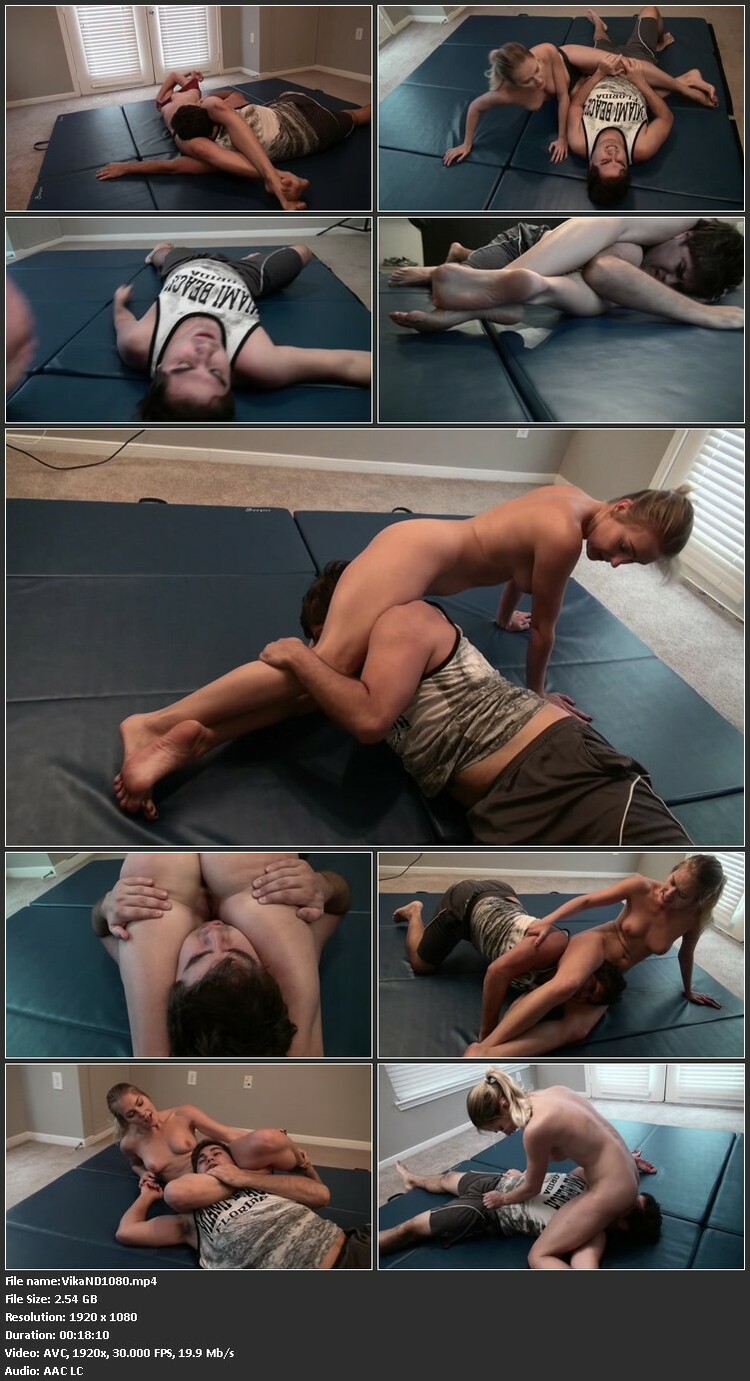 The gorgeous and lovely Orsi B. came to Angry Girls to challenge the male roster.

She choose Iron Jack in a 100% Competitive match as first.

Could Jack dominate Orsi, or will she emerge victorious? 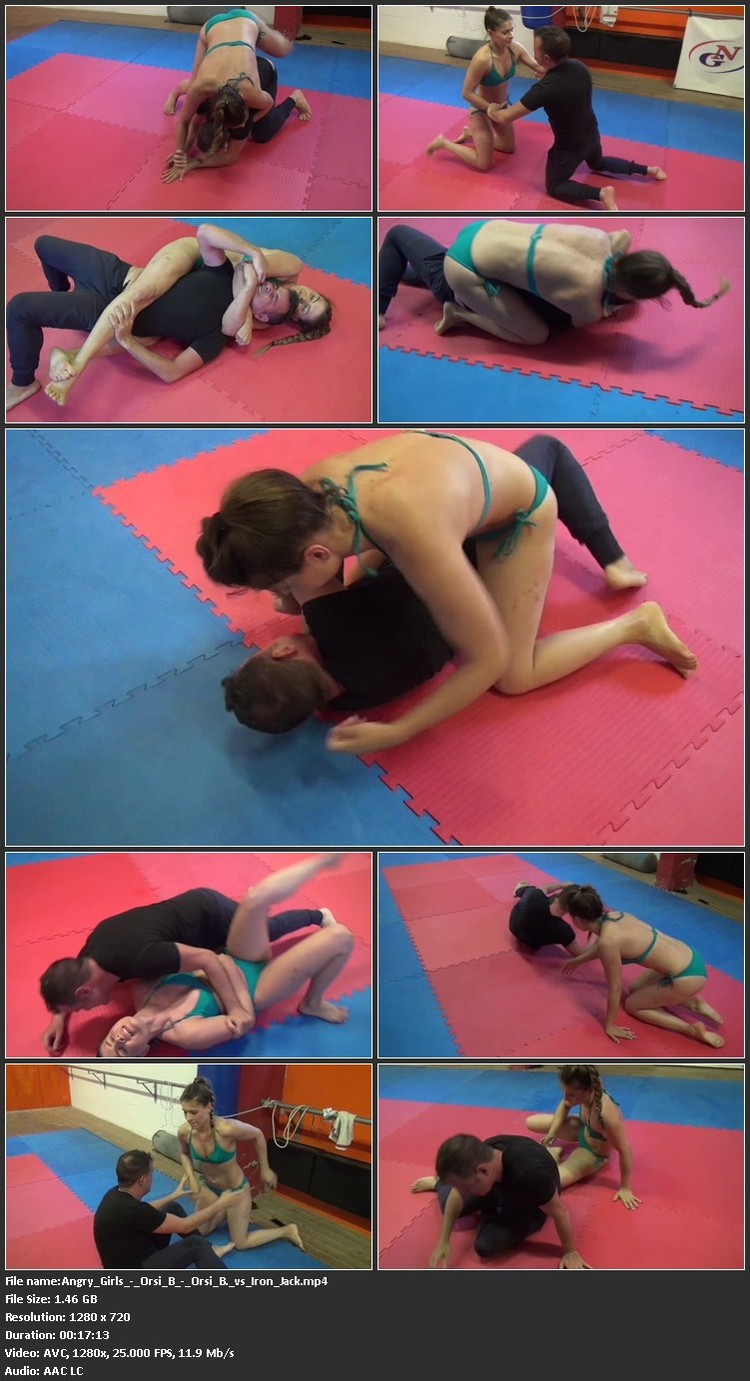