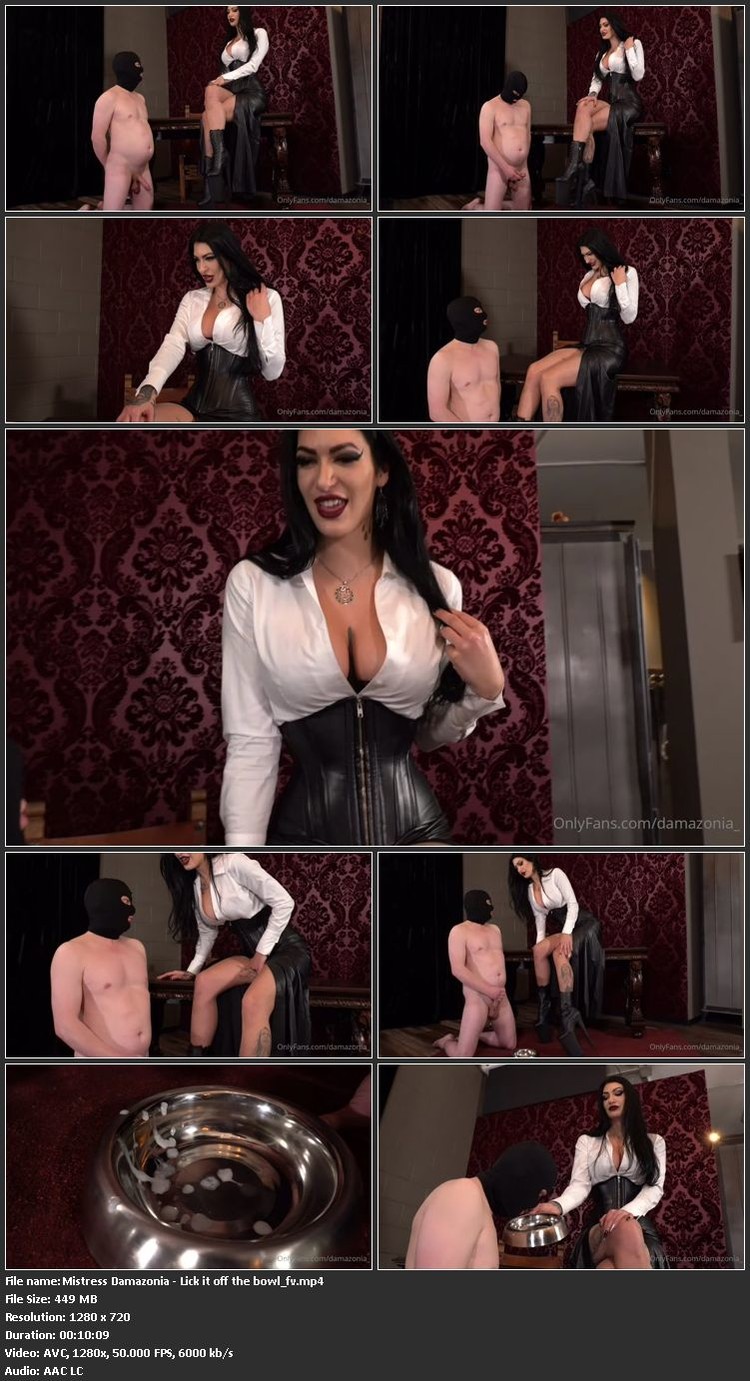 Mistress Mila suddenly enters the room, catching Fluffy attempt to break free from his device. Now that Fluffy has upset Mila, she decides to torment Fluffy a bit to teach him a much needed lesson. Mila holds Fluffy’s Chastity key in the air and has Fluffy attempt to reach it, which even on his tippy toes or even leaping in the air, is not enough to help Fluffy reach his key.

After enough teasing with his key, Milah begins the next part of his punishment, using her tall stature to her advantage. She makes Fluffy lick up and down her thigh high boots, from the heels, all the way up to her thighs. Mila also has Fluffy kneel with her ass in his face, while she switches between smothering him between her ass cheeks, before having Fluffy lick and worship her ass.

Mila also uses Fluffy as a piece of furniture, before sitting on his back and riding him around like a pony.

This is just the beginning of Fluffy’s punishment. Stay tuned for the Conclusion, which is coming soon… 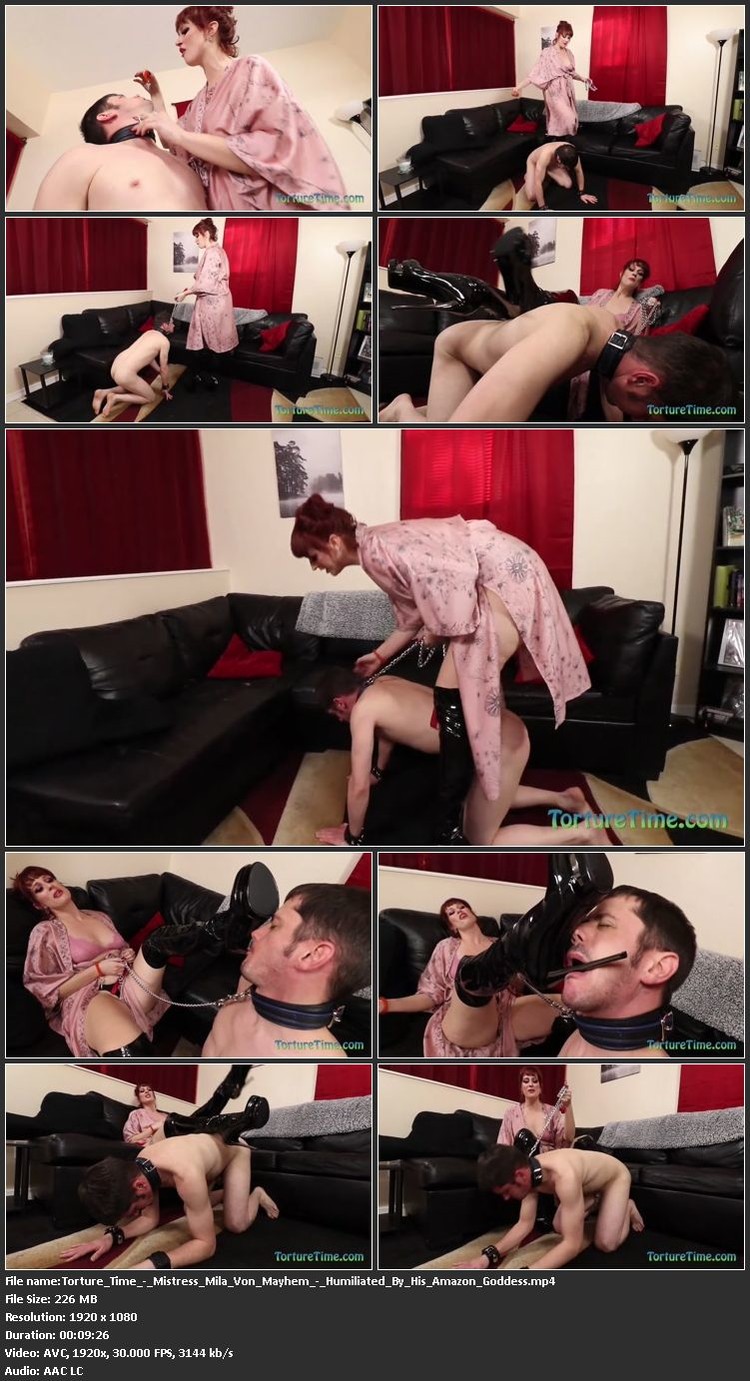 Stella’s new neighbor has been checking her out quite some time and has worked up the courage to ask her out on a date. Little does he know that her initial requirement of him wearing a hood is only the beginning of how she will make him jump through her hoops just to be in person with her. Most men aren’t tall enough to be taller than Stella when she wears her high heels. There’s always something that can be done to give a man a little extra lift should they be determined enough to take her out! 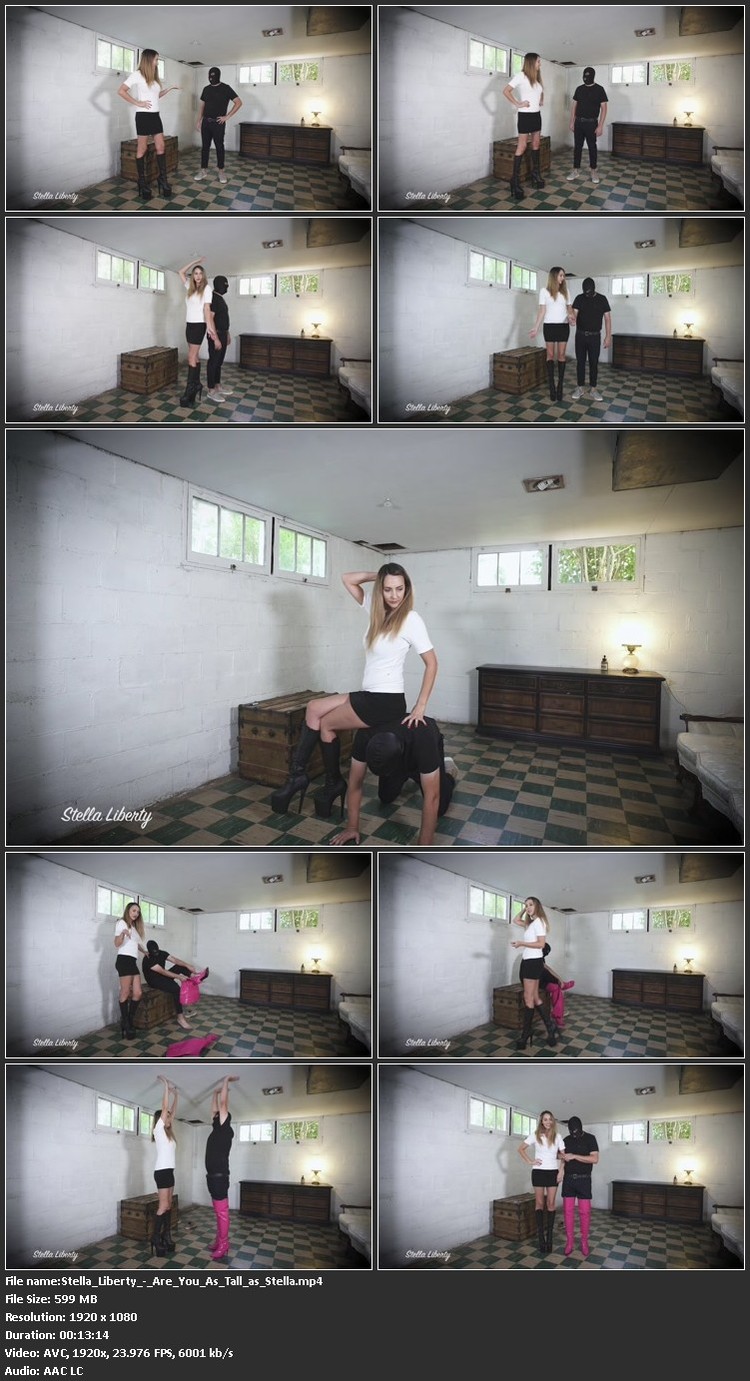 Romi giggles as she wrestles scrawny little Ellis on her bed. The boy is so small she could flatten him! How weird it is for a girl to be bigger and stronger than a boy. Poor Ellis is humiliated as he is pushed around by the girl. He cannot fight back. Romi sits on Ellis’ chest and pins him down. She is having a lot of fun humiliating the weak boy. Ellis wants Romi to stop hurting him, but she will not. What can he really do about it? Romi traps Ellis between her thighs. He hates his life. Ellis rallies a bit to try and resist but Romi just laughs at his pathetic efforts. Ellis kicks his little feet in protest as Romi mounts his face. He cannot breathe beneath her. Romi just laughs as the boy struggles in protest. Too weak to fight, Ellis succumbs to Romi. 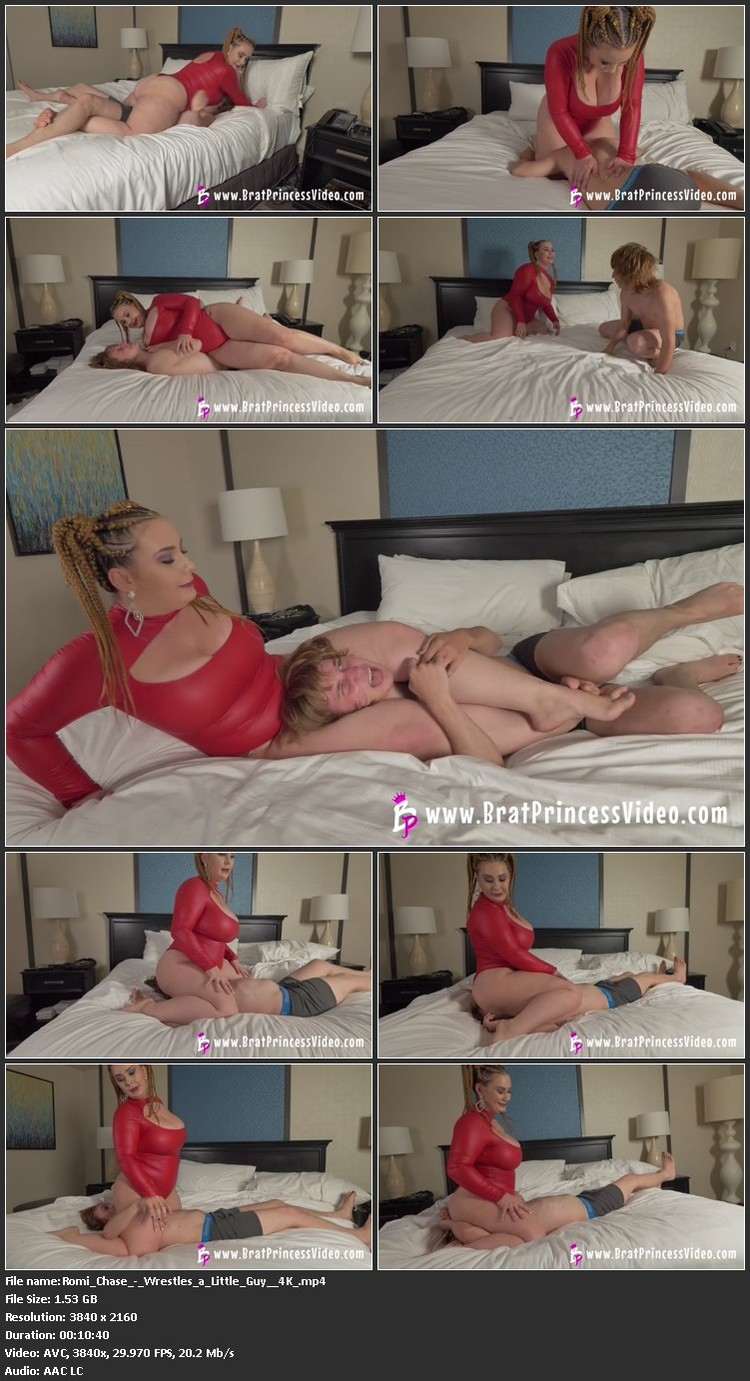 Becky tramples a smaller male. She makes him look at her beautiful ass while she tramples him. Becky wears her spike heels. The heels really dig into his flesh. He is so much smaller, Becky nearly breaks his ribs with her weight. Small males were made to be doormats for bigger, stronger Women. Becky’s heels dig into his flesh so deeply. You can see where his chest is compressing from the weight. Becky takes a few selfies, completely ignoring him. She doesn’t care if she splits his puny ribcage wide open or breaks every bone in his pathetic little body. Becky takes off her heels and jumps on him. Her big booty bounces. Humiliating the smaller male by literally walking all over him is very fun for Becky. 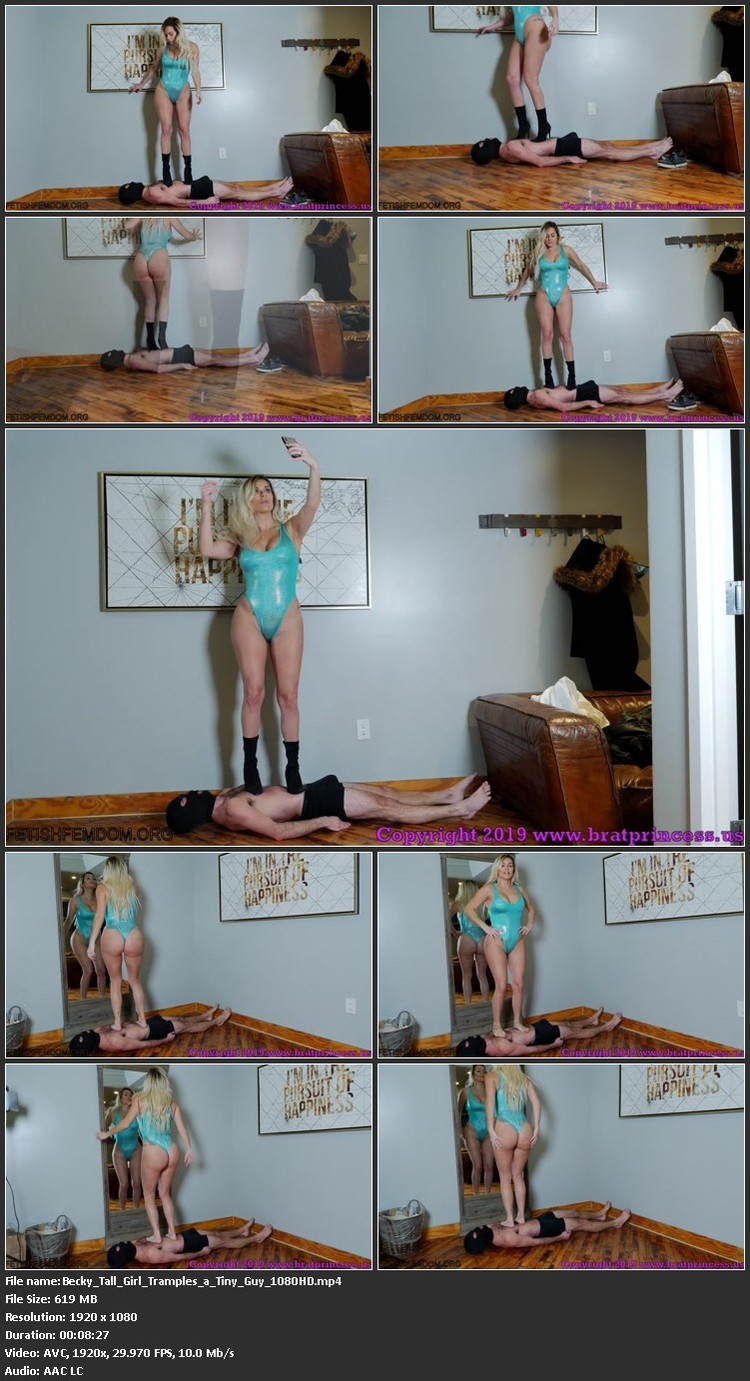