This poor slave. It has basically given up its life to live at Mean Girl Manor and serve Us. It has given Us all its money, and all the money it earns from now on goes to Us. It spends its days serving us hand & foot 24/7. And we treat it like absolute garbage 24/7 too. But to make sure it is 100% compliant no matter HOW badly we treat it, or how hard we work it, we have it locked up in chastity. I have been holding its key for quite awhile now. And it is like soooo desperate for a release…

But the thing is, it needs to PAY to be released! And it is out of money coz WE take it all! Haha. So it basically comes down to how much it is willing to go into DEBT just to have its pathetic little cock released so it can tug on it for a few minutes lol. OMG males are so fucking pathetic…but this makes it SO easy for me to get a shopping spree paid for! So I’m not complaining.

And today is “that day”. It has been a good several months since I even considered releasing the slave last time. The loser starts whimpering at my feet, mumbling something about it being “the 1st of the month”. At first I don’t even know what the fuck the idiot is mumbling about. But then I remember, “Oh YEAH, isn’t this supposed to be the day I review your performance to see if I will grant you a release from chastity for a few minutes??”

The slave is like SO ecstatic that I even remembered.

Then I tell the slave that we will have to play a little “game” to see if it will be released…haha. The poor slave seems distressed because it knows that my “games” always end up costing him- not just his money, but his pride, his dignity, his credit score. But it makes it entertaining for ME- and that is all I care about.

I make the slave go fetch ALL his credit cards and kneel back at My feet. As I am using the top of its head like a human footstool, and dangling one of my Louboutin stilettos off the tip of my toe right in front of its loser face just to tease it, I explain the rules of the “game”. I will run through ALL of its credit cards, attempting to purchase this REALLY expensive NEW pair of Louboutins online. IF one of the slave’s credit cards goes through, the slave will get released! If not, well…its “six more months of winter” for the slave’s poor, locked up balls. Haha

Watch the clip to see if the slave gets released or not! (HINT: I am EXTRA cruel to the slave…and it is COMPLETELY BROKEN at the end! Haha) 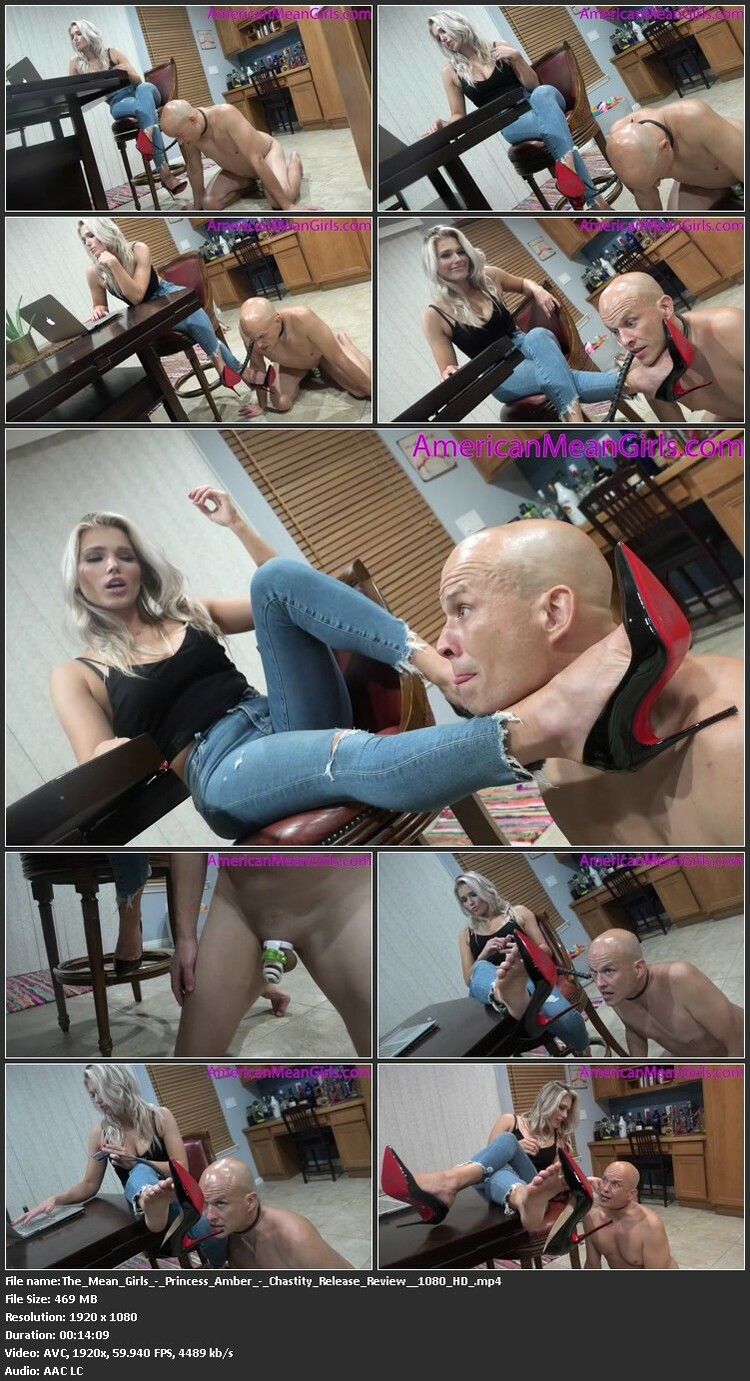