In this video, Nika soundly and confidently takes care of her competition. Beginning each round with a throw to take down her opponent, she pounces and mercilessly applies a variety of painful submissions, controlling holds, and painfulscissor holds. On a couple of occasions, Nika folds her opponent over, pressing the air out of him and takes time to flex and pose for the camera.At no point does her opponent mount an offense. Early on in the match, we can hear him breathe heavily- desperately trying to find an offensive opening on Nika- but she has absolutely none of that as round after round she systematically sticks to a simple plan: throw her opponent to the mat, press an attack to deplete his energy and fight, then lock on an inescapable hold to extract submission.Nika poses over her fallen opponent at the end of the video though he continued to struggle in vain. As she calmly and confidently posed, her opponent struggled, gasped, and mand a valiant (yet unsuccessful) attempt to break from Nika’s toying with him. He never had a chance! 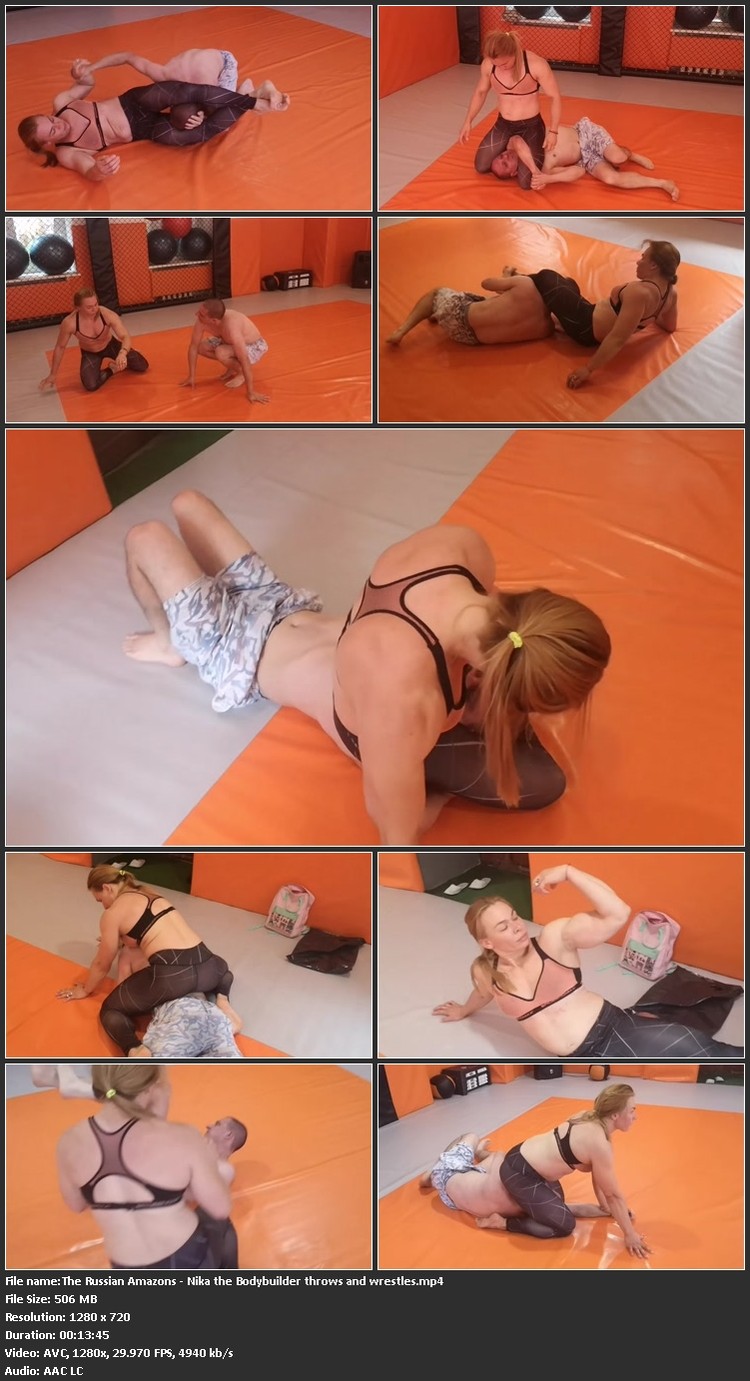